Mikel Gurrea is a writer-director born in Donostia in 1985. He graduated from Barcelona’s Pompeu Fabra University and he was awarded with the Obra Social “la Caixa” scholarship to study a Master of Arts at the London Film School. His short films FOXES (2015) and HELTZEAR (2021) have been selected in festivals such as Venice, San Sebastian and Montreal and his dramatic work for the stage as a playwright has opened in theaters like London’s Queen Elizabeth Hall or Madrid’s Fernán-Gómez. Mikel collaborates with «Cinema en curs/Moving Cinema», a non-profit project of film pedagogy in public schools and high schools. His feature film debut, SURO (2022), was selected for the official selection of the San Sebastian International Film Festival, where it won the Prize for Best Script by the Basque Scriptwriters Association, the Irizar Basque Film Award and the FIPRESCI Award given by the International Critics. 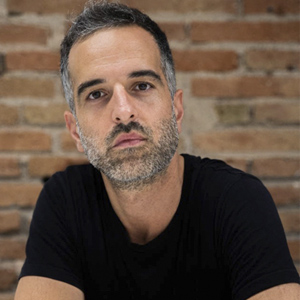 By using this site you agree the use of cookies. Details